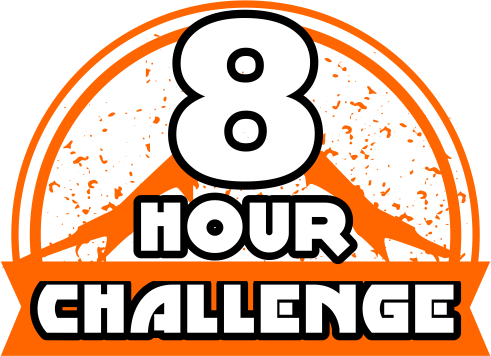 We are so pumped to share the 8 hour challenge results with you!

Just a quick refresher: The challenge took place at Picardie Guest Farm in Paarl last weekend. Contestants could participate either in teams or individually, with the MTB lap consisting of 8.4km and the trail run route of 6.9km. A detail that proved to be very important later on, was that the event started at 07:03 and officially ended at 15:03. The course proved to be really challenging, as the elevation gain was 285m and the route quite technical. Competitors of both MTB and Trail rose to the challenge though, and here are their results.

Senior (Women):
1. Yvette Negrini took the title of first place with 6 laps and averaged a time of 0:39:30 per lap, despite her actually having cycled 8 laps! Yvette took the road less traveled in 2 of them and they unfortunately could not be included in her total laps. But she rocked the challenge regardless and totalled a time of 03:57:04.
2. Crystle-Lynne Moore completed 5 laps with an average time of 01:02:35 per lap. Her total time was 05:12:57.

Senior (Men):
This is where the technicality of the time mattered – talk about a grand finalé!
3. John Spangenberg, better known as the Flat Bar Hooligan, took third place with 13 laps and average time of 01:08:38.
2. Pieter-Gerhard Matthysen (Marco’s dad), took second place and the titles of KOM and Technical Master. He completed 14 laps and averaged a time of 0:30:24 per lap. Pieter-Gerhard’s challenge saw him complete a total of 116,86km by 14:30:18.
1. And then Murray Craib decided to go for one more lap. Murray left for his 15th and final lap at 14:32:57 (keep in mind the average lap time for the challenge was 44 minutes). With an average time of 0:28:39 per lap, Murray was cutting it fine to say the least. When Murray came in and claimed the first position, he had completed a total of 125km, and slid in at 15:00:23. With just over 2,5 minutes to spare (and everyone’s nerves shot), Murray Craig claimed the title in the Senior Men’s category.

Big up to all the competitors and Ferdinand Rabie for his enthralling commentary and coverage. One final thought – Murray, spare us the tension next time, will you? Just tell us from the start that you’re in it to win it!

Join our passionate community of MTB’ers and Gravel Bikers and help shape the future of these disciplines while earning rewards, receiving discounts and being part of competitions.

Learn more about Levels, Rewards, Badges and Achievements on our Community Page.

There are no users currently online

Your Current Level is:

Please Log In to see your Level or Register to start earning awards.