Cranking here is not flat, so don’t expect an easy ride, especially when it’s too hot, too wet, too icy… but it’s magnificent and there are endless kms of dirt roads – so up to you how much pain you want to endure.

Help shape the future of mountain and gravel biking!

Join a community of like-minded individuals and influence the future of competitions, challenges, events and much more!

Sign up here and start earning points on actions taken across the MTBR site that will reward you with discounts, free entries, VIP access and much more! More here or view the leaderboard here.

Grading: Difficult to Extreme | Duration: Anything from 4-8 hours in the saddle

Configuration: A circular ride along public roads - options up to 94km

Beware of: Carlisle’s Hoek holds the record for the most broken collarbones during a race … you’ve been warned!

Premium and Curated Trails Only

The uKhahlamba (‘Barrier of Spears’) region of the Eastern Cape is about as far away from mainstream South Africa as you can get. Named after the spiking ramparts of the Drakensberg Mountains, the Eastern Cape Highlands boasts subalpine mountains, handsome Victorian villages and diverse nature reserves with spectacular scenery. Cranking here is not flat, so don’t expect an easy ride, especially when it’s too hot, too wet, too icy… but it’s magnificent and there are endless kms of dirt roads – so up to you how much pain you want to endure.

Crank out of Rhodes along a gently undulating road, but don’t be fooled – after a moderate 10km warm-up ascent, all kinds of mind and body alarms will kick in as you hit the lower reaches of Naude’s Nek, the highest and meanest pass in the country. Grind your way to the mythical summit, 22km away. A few kilometres after Naudesnek’s apex, turn north off the main road to follow a rocky track along the escarpment towards the Cairntoul Police Station passing the Tenahead Lodge en route.

Pass the Cairntoul Police Station and follow the Lesotho border in a westerly direction. If you thought the hard slog up Naude’s Nek was tough, wait until you start grinding up the hellish jeep track to Lesotho View, the highest point on the route at 2 732m. Dead legs, hallucinations of ice-cold beers and panoramic vistas across Lesotho will keep you company as you summit and then drop down onto the undulating Ben MacDhui Flats (muddy as hell after winter rain) and approach the Tiffindell Ski Resort.

Bear left here (or quickly snuck into the resort for a cold one) onto the Carlisle’s Hoek Road as the downhill begins to flex its gradient. Follow this road towards Rhodes, traversing the plateau before blasting down the infamous Carlisle’s Hoek Pass where everything suddenly goes into free-fall mode. This dual-track, concrete strip careens along impossible hairpins to drop more than 300m in less than 3km and can be extremely sketchy in wet weather. The gradient hits 1:3 in places. At speed, this rates as one of the hairiest mountain bike experiences in Africa.

If you survive the corresponding adrenaline rush, keep on bombing the gravel road contouring down into the valley. Another steep section, incorporating two more hairpin bends, awaits but then you’re home and dry as you cross the Bell River and cruise back into the village.

Several other routes exist and if you have a driver / back-up vehicle you can explore to your heart’s content: Here are some ideas (more detail on the Rhodes Info website).

A very scenic and fairly easy ride of approximately 41kms long which takes you out along the Barkly East road, into Maartenshoek and up to the top of the valley to the poplar forest where the old Table Hill farmhouse once stood.

A route of approximately 42kms that will require strong hill climbing legs and good brakes, takes you out on the Barkly East road to just before the Donkerhoek sale pens, down through the farm ‘Clontarf’ on a very steep and rough 4×4 track before you cross the Bokspruit and join the public gravel road back to Rhodes. There is a very long and steep ascent as you climb your way back up to Donkerhoek where you get back on to the Barkly/Rhodes road.

This is the longest route (94km) and thakes you from Rhodes via Carlisle’s hoek to Tiffindell where you’ll crank onto the Volunteershoek pass down to the Wartrail valley before returning to Rhodes via Mosheshesford.

Flanked by Ben MacDhui (3,001 metres) and Bonnyvale Peak (2,633 metres) Rhodes is renowned for its cold climate, sub-alpine topography and meandering trout streams. Winter snowfalls annually attract snowboarders and skiers from around the country to local slopes. South Africa’s well-known Tiffindell Ski Resort is found here. Major draw cards in the area include fly-fishing, with more than 200km of running water that can be fished within an hour’s drive of Rhodes with access via the Wild Trout Association whose annual Wild Trout Festival is held in March (www.wildtrout.co.za). Quad-biking, hiking, alpine flower viewing, rock art, horse-riding and wing-shooting are also on offer.

Ready yourself for four seasons in one day. A clear summer day may morph into a scary storm with pelging hail and ligntning in seconds. Winter here is the real thing, with sleet, fog and snow.

How to Get There

From Aliwal North, take the R58 to Lady Grey and Barkley East. From here, turn left on the R396 to Moshesh’s Ford, 34km and on to Rhodes, another 30km. 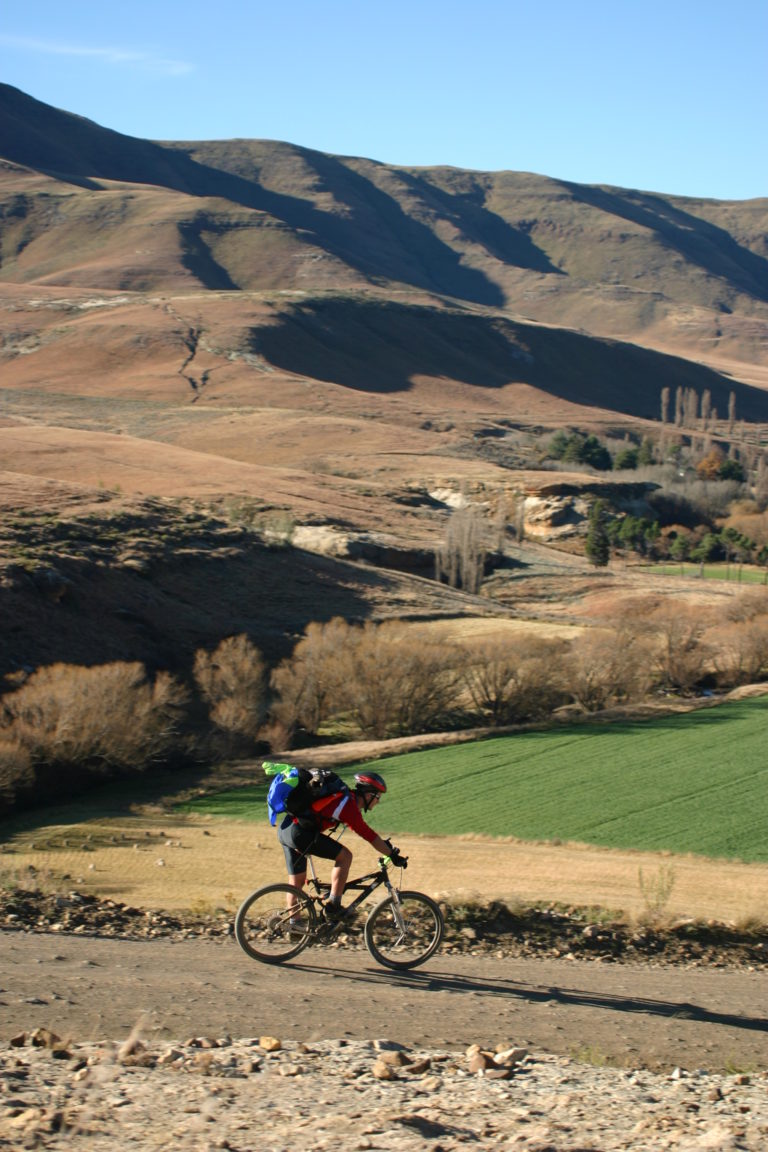 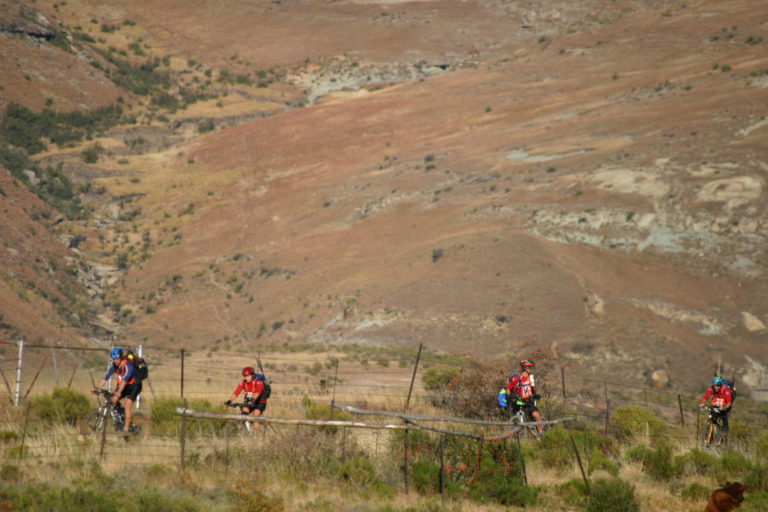 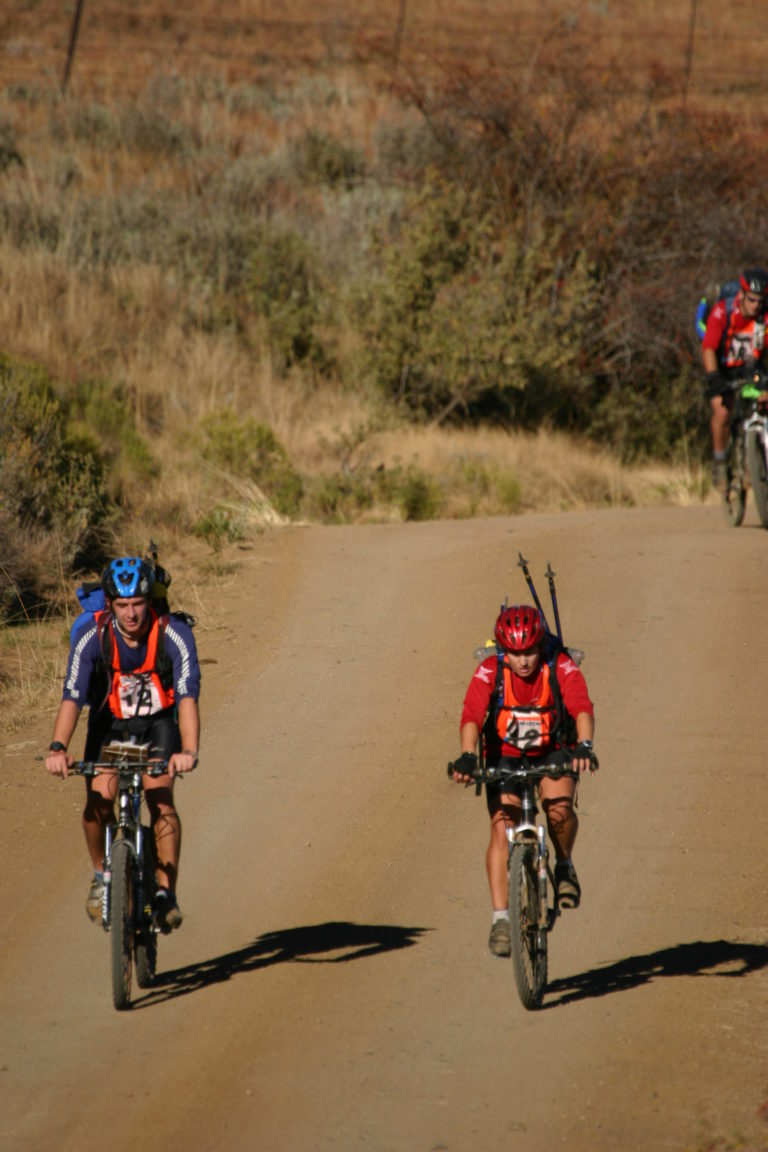 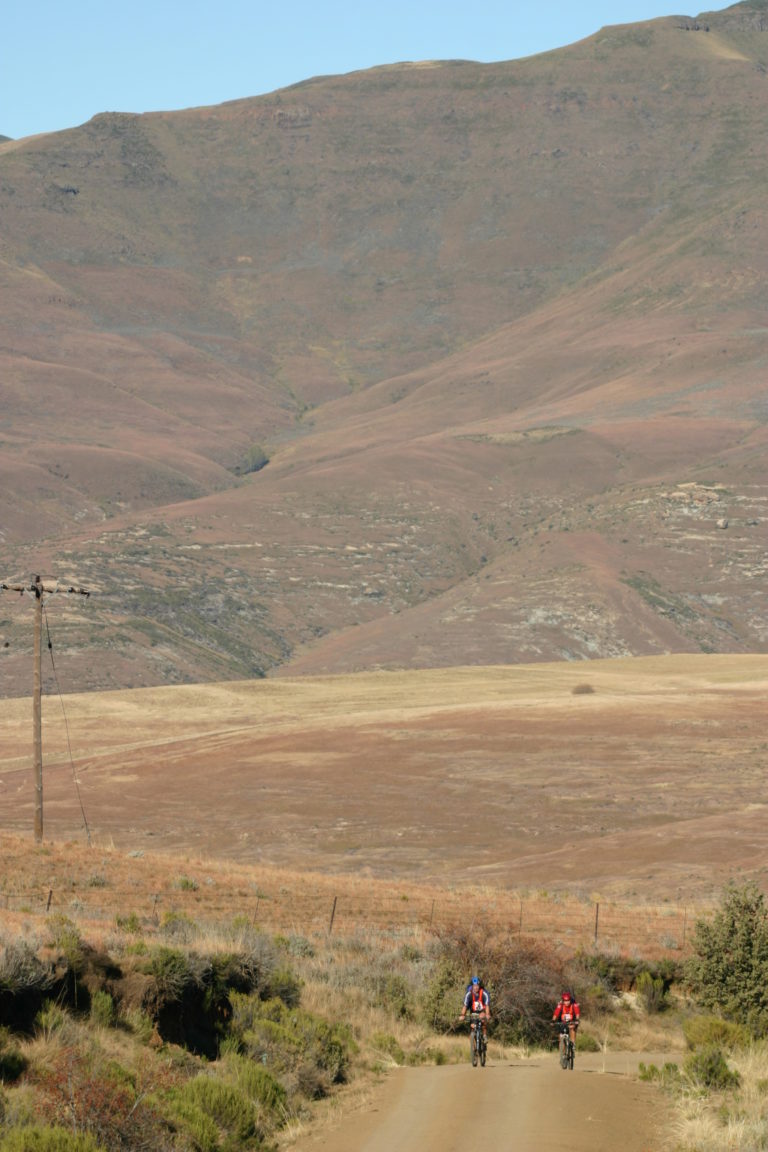 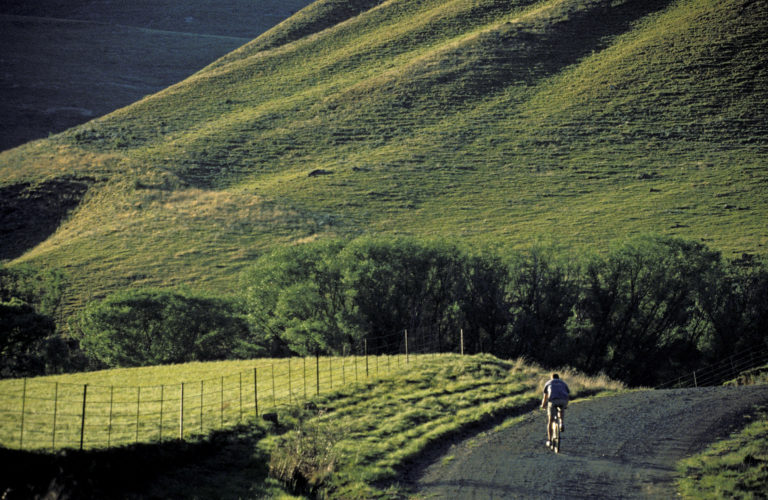 Join our passionate community of MTB’ers and Gravel Bikers and help shape the future of these disciplines while earning rewards, receiving discounts and being part of competitions.

Learn more about Levels, Rewards, Badges and Achievements on our Community Page.

There are no users currently online

Your Current Level is:

Please Log In to see your Level or Register to start earning awards.